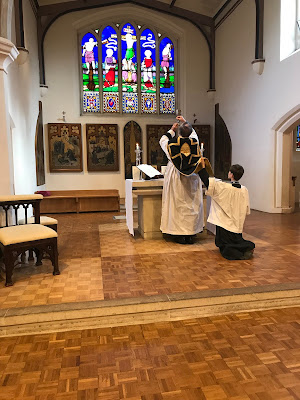 Fr John Hunwicke led the retreat as chaplain and gave us some perceptive and stimulating spiritual conferences on St John Henry Newman. The Douai Guestmaster, Fr Oliver Holt, very kindly gave us a tour of the Douai archives which include some beautiful eighteenth century vestments, made by nuns from the convent at Lanherne. 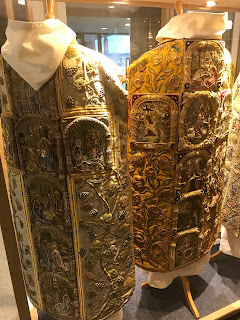 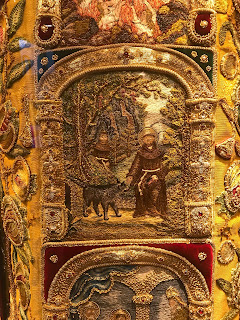 They are in remarkably good condition and it was a privilege to be able to see them. 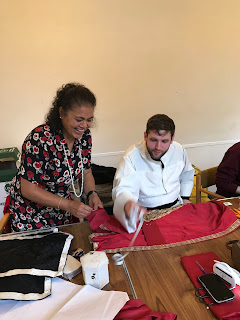 Work undertaken included making several faldstool covers, a commission for the Latin Mass Society, as well as repairs to chasubles and an embroidered stole. 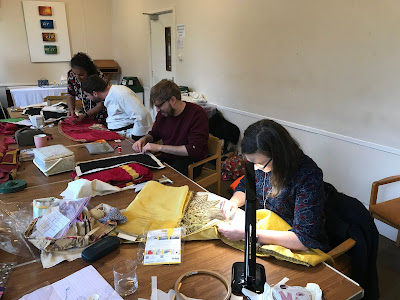 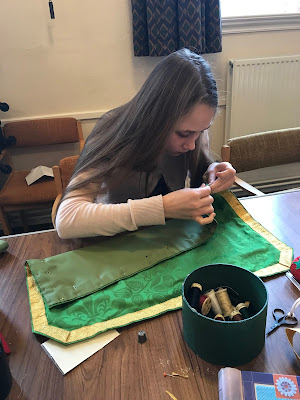 We are delighted to have found such a comfortable and welcoming venue at Douai Abbey and look forward to returning there in February next year. 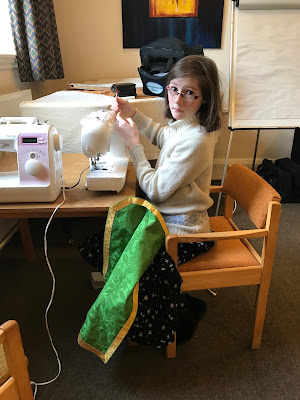